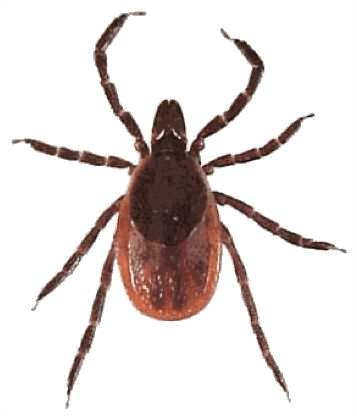 A dog with symptoms of Lyme disease ideally should have a test to confirm or rule out Lyme disease. Since it is almost impossible to culture the Lyme spirochete, efforts have centered on detection of antibodies against the Osps. The problems encountered with this method are: In a Lyme endemic area, as many as 90% of the dogs will have antibodies against the Lyme spirochete. Most exposed dogs never get sick but almost all of them will develop antibodies and these antibodies persist for years. Vaccine has been available for Lyme disease for a decade or more. Lyme disease is caused by the bacterium Borrelia burgdorferi and is to humans through the bite of infected blacklegged ticks. Typical symptoms include fever, headache, fatigue, and a characteristic skin rash called erythema migrans. If left untreated, infection can spread to joints, the heart, and the nervous system. Lyme disease is based on symptoms, physical findings (e.g., rash), and the possibility of exposure to infected ticks.  Laboratory testing is helpful if used correctly and performed with validated methods. Steps to prevent Lyme disease include using a Preventative medication recommended by your Veterinarian, removing ticks promptly, and reducing tick habitat, if possible. The ticks that transmit Lyme disease can occasionally transmit other tick borne diseases as well. We offer several different products that include: topical and oral medications.

Honest medicine is the cornerstone of our practice.Our personalized service and small town atmosphere make a visit to the veterinarian less stressful to your pets and educational for you. We are a small clinic with a loving staff and we hope to always make your visits here with us pleasant. Please feel free to ask us any questions.